In the process of winning their maiden Noordvaal premier title (The Virsekerbeker Cup), Menlopark put behind them the title of 1st XV year chokers as well. A Pretoria high school filled with plenty of talented rugby players that achieved so much at junior A-team age-group level and yet unexplainably (well there were a few theories doing the rounds) seemed to fall apart when they became 1st XV seniors. The Parkies 2019 1st XV season seemed to be following a similar pattern of underachievement. Yet somehow during the month of August 2019 they turned a corner and peaked just at the right time to end on the highest possible note. Congrats to the team and coach Dean van der Watt who claimed his third title with this age-group, having lead them to titles as u15A’s and u16’s.

Almost a year ago to this day, this blog appeared on the site, spelling possible disaster for Menlo in 2019 and beyond. 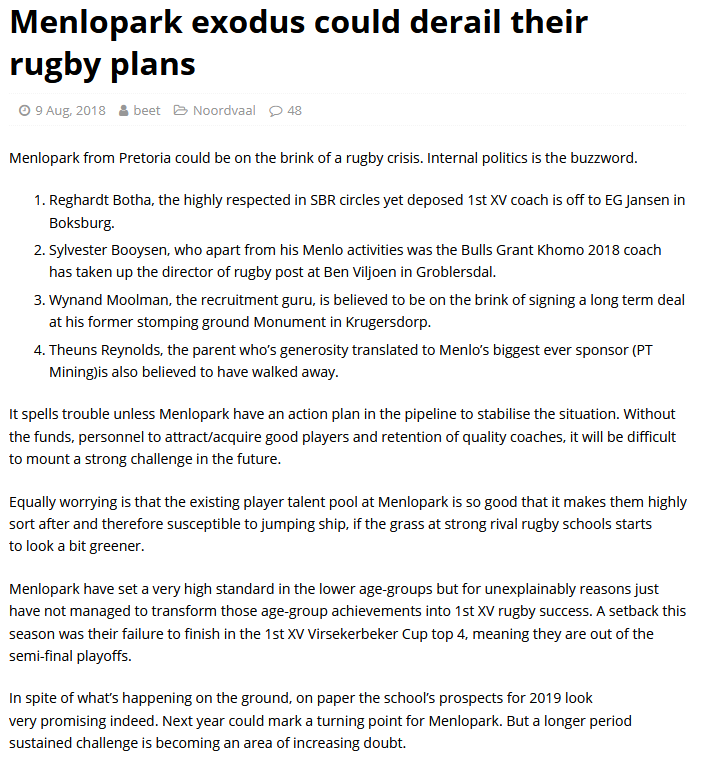