Grey College have completed another unbeaten season and come Valentines Day 2020 they will reach the 1000 days unbeaten marker. In this day and age. to go through an entire school rugby season is no mean feat in SA schoolboy rugby but for Grey who have now put together two unbeaten seasons in a row, being unbeaten in a calendar year is literally their yardstick. 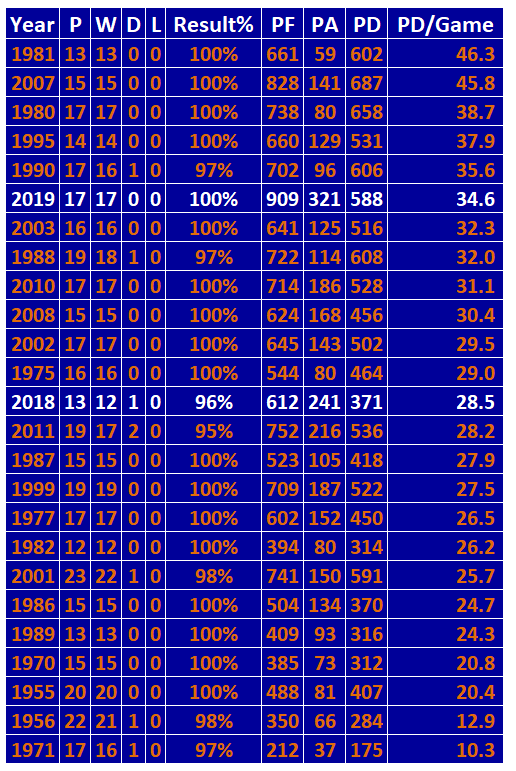 One of the interesting things about Grey is that in spite of their high profile in rugby, their head coach who happens to be Wessel du Plessis, a man who has a big hand in the development success of all the school’s rugby teams, has somehow managed to go about his business under the radar. Since taking the helm in 2014 of a job that is arguably the most pressured in the all of school sports and therefore has the least room for getting it wrong, Wessel has only had one really difficult year – 2015 when numerous injuries just seemed to overwhelm Grey’s 1st XV campaign, seeing them lose a total of four matches, their most defeats in 20 seasons. Aside from that it has been an unbelievable run of success, particularly this 2019 season. Well done Wessel du Plessis and his couching staff on your outstanding achievements!