SA under-18 Sevens player Jordan Venter from Paul Roos Gymnasium of Stellenbosch – one of the cornerstones of schoolboy rugby in South Africa – will be heading to Scotland once he matriculates.

This means Paul Roos have made the news for a second year running in this regard.

Last year ahead of Craven Week it revealed that Maroon’s flyhalf Kade Wolhuter and loosehead prop Robbie Rodgers would be heading to France. This year the announcement that centre and recently capped SA under-18 Sevens player Jordan Venter will hook up with Scottish Pro14 club Edinburgh, has come much earlier in the year.

Perhaps not now but closer to the selection process for Craven Week to be held at the end of June, a debate might ignite about whether or not Venter should be included in the Western Province and even SA Schools team. The merits of that argument will however depend entirely on his form during the months to come.

Over this Six Nations weekend, former Trinityhouse alumni Kyle Steyn debuted for Scotland in a surprisingly comfortable 28-17 win against tournament pace-setters France, who had been reduced to 14 players just before the break.

Kyle Steyn’s advance to the top tier of European rugby makes him unique among South African born players because he is a back.

Europe’s demand at international level has been concentrated around South African born forwards as opposed to backs.

There have been a few Saffa double digit jersey wearing run-on players who have cracked the nod in recent years. Names like Brad Barritt (Kearsney) and Scott Spedding (St John’s) come to mind but this list pales in comparison to New Zealand born backs, who are as well represented in the backline divisions of the Six Nations as SA forwards are.

A team made up of capped SA and New Zealand players qualified to represent the Six Nations. (Note there area several others not listed) 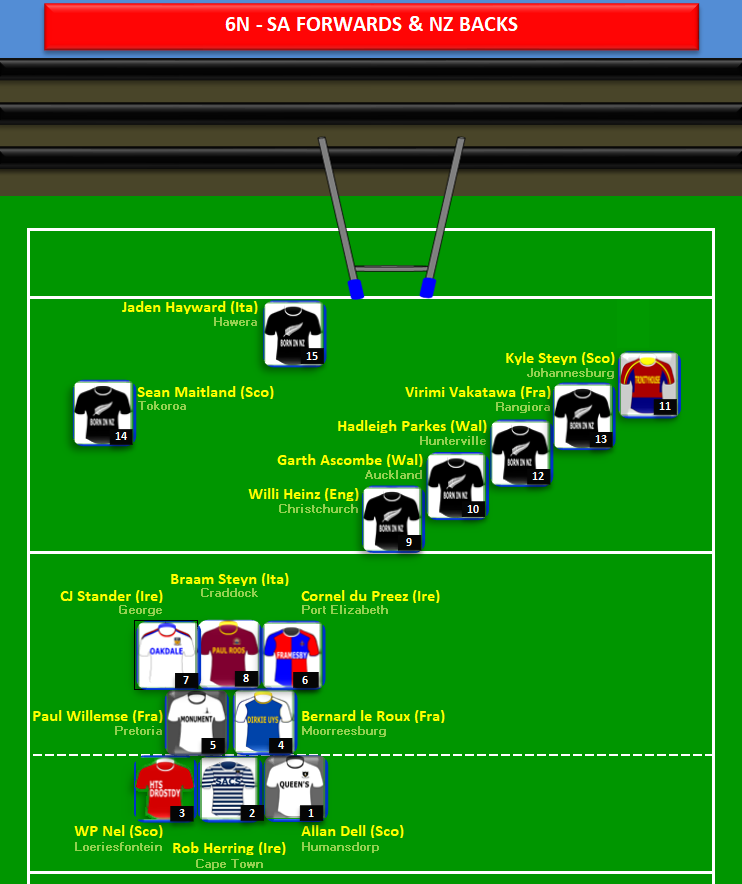