Well Grey College was expected to stay out of the limelight until Wildeklawer where the first of their so-called big games against better known strong opponents will kick off. However as a result of one of the wonderful aspects of schoolboy rugby, the ability of smaller schools to put together somewhat surprisingly good 1st XV’s every now and then, Grey is faced with has a couple of banana skin games is get through during these next few weeks. First up is Welkom Gim who this early in the season already  look to be on course to becoming one of the surprise package teams of 2016. They have definitely caught the eye  due to their convincing results. Also if ever there was such a thing as a “good time” to take on SA’s best rugby school, it’s at the start of a season because once Grey gets into rhythm, there is a well-established record to suggest that they are nearer to the definition of ” impossible to beat” than any other school rugby team in SA. 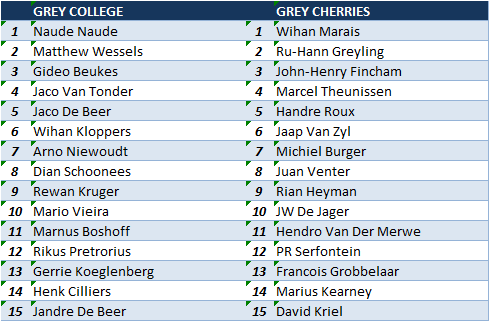