SLAPPING DOWN A BALL TOWARDS YOUR OWN GOAL-LINE IS STILL ALLOWED.

You may have seen this penalised in Super Rugby and wondered how can that be that a deliberate knock back of opposition ball is a penalisable offence. At the recent Kearsney Easter Rugby Festival, a player even received a yellow card for the severity of his knock back.

Backdrop:
At the start of the second half of the HTS Middelburg versus Noord-Kaap match (see the image below for the exact time on SSL’s youtube footage), while the Kimberley team is on the attack and attempts a pass towards the inside, the retreating Rooibul centre manages to take up the space between the passer and recipient and aggressively and deliberately slaps the ball downwards and backwards towards his own try line, effecting a turnover of possession. All appears to be legit. However experienced and well-respected KZN referee halts play, awards a penalty to Noord-Kaap and sinbins the HTS centre for extreme negative play.

Justification.
After the match the ref explained that he binned the player for slapping the ball in accordance with a reminder directive issued by SARU in conjunction with the Laws which reminded officials that negative play is against the spirit of the game – an example being throwing the ball into touch which is not mentioned in the Laws but penalisable.

FINAL DECISION
On review, it was confirmed that a slap-back towards your own goal-line is allowed. The decision on the field was incorrect. 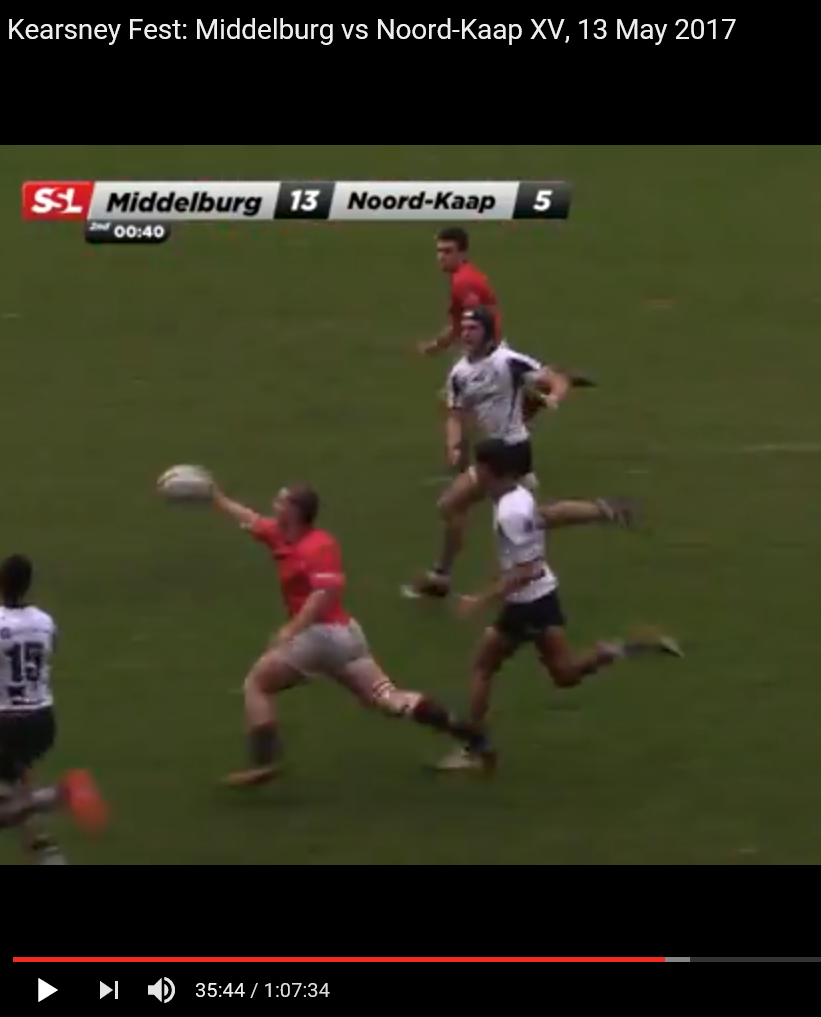