Will the Craven Week 2017 “dream match” actually be played on Day-3 as a semi final? 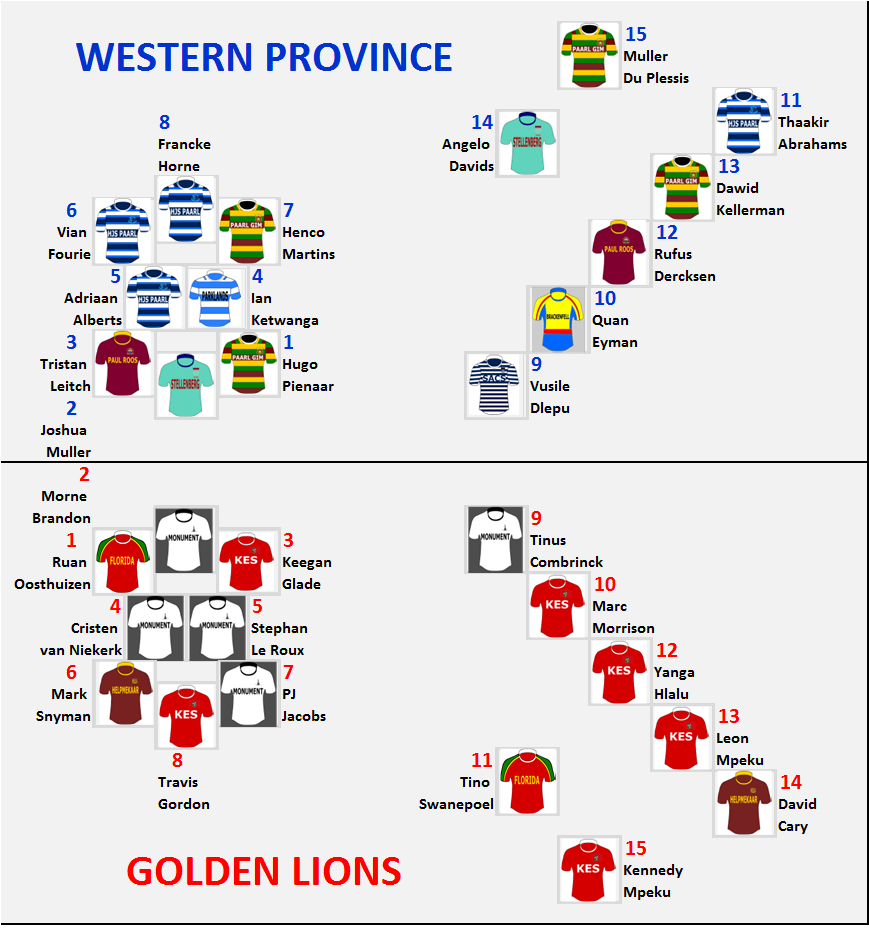 In recent years it’s been the Western Province vs Blue Bulls rivalry that’s taken centre stage at the Youth Weeks and to an extent dominated it. However as an added testimony to the massive strides the GLRU has made since clawing their way out of desperate financial woes at the start of the decade, things are looking equally bright for their under-18 school team, who it must be said really looked the part last year as well. The Western Province juggernaut has been nearly impossible to stop at just about every youth level of late and although there is a bit of scepticism about the pedigree of this year’s under-18 outfit, expectations remain sky high. Western Province and the Golden Lions both have to get past Day 1 opponents but as overwhelming favourites to win those first up games, there must be some sort of temptation in both camps to save their best starting XV for the much anticipated showdown “semifinal”  on Day 3 which could prove to be the exciting highlight game of the Craven Week 2017 tournament.
Free State downgrade 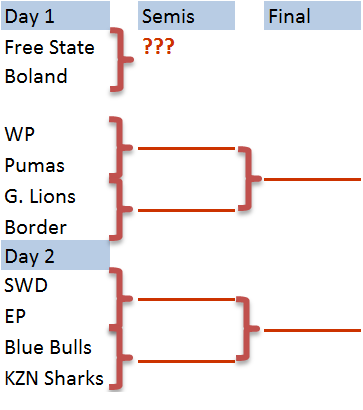 Well the traditional format fixture layout tells it all. For a second year running, Free State who have raked in eight unofficial titles in the past and who are only second to Western Province in terms of Craven Week successes, are not being offered a direct path to the final. These isn’t really a so-called indirect path to the final either these days. So unless there is some sort of major break in routine, the best the young Cheetahs can hope for is to record a sound win against Boland on Day 1 and then hope for a chance to do the same to either the Pumas or Border, who  appear to be favoured ahead of Free State in the last couple of years. Two out of two wins are likely to bump up Free State in the final day pecking order and guarantee them a match against the sort of high profile opposition they were used to playing and beating at Craven Week in the past. Without the facts being shared publicly, speculation can point to a few different reasons why Free State now find themselves in this downgraded position. Certainly a province that picks almost it’s entire 23-player team from just two schools year in year out can’t be viewed as a vibrant system but perhaps the issues behind the scenes are even more political motivated than that, who knows? In terms of just judging this year’s team on what they have to offer on the field, there are suggestions that the overall talent package is decent, the vital to success level of cohesion should be good, the backline outstanding – bordering on off the charts if the combinations click, and several questions that need to be answered by their pack of forwards. All-in-all it could become a major talking point if Free State does do very well at Craven Week and don’t earn their just rewards.

Perhaps the Bondedag events that take place in the lead up to Craven Week should be used as quarterfinal qualifiers to over Free State and a few other “B-field” teams a chance to take part in the mainstream afternoon games?

Give Border CD a chance to win some

This will be the second year that Craven Week and Academy Week take place at the same venue. That does offer an opportunity for SARU to reexamine Border Country District’s place at Craven Week. Possibly the poorest of all the SA regions at the event have had their moments in the past but generally struggled. The reality is Border CD’s best players are more than likely recruited up by well-off high schools in other regions along the way, meaning that by the time they arrive at under-18 level that talent pool has been eroded. It’s a wonderful privilege for the kids to attend Craven Week and like for so many other youngsters from around SA who are awarded the same honour, it will mark the high point of their rugby careers. However two considerations : are Border CD good enough to be at Craven Week as a stand alone region when they can be merged with Border and is it fair to have them as whipping boys when it’s now possible to provide them with a set of matches that are more even contests and offer much better odds of victory? The latter can now be done by downgrading them to Academy Week status and promoting a more competitive team like the Western Province Academy Week side – remember they are at the same venue after all. Granted with quota evolving to be more ethnic based within the whole Previously Disadvantaged scope, it presents its own set of challenges to WP nowadays. Even so, with them coming out of the rugby talent rich Western Cape, there is still value in the WP Academy Week squad to suggest they would be able to mix it up with most Craven Week teams.

In the past we’ve seen Craven Week played on some rock hard looking dry yellow fields, so perhaps having just a small patch of the main field playing surface providing undesirable underfoot conditions might not seem so bad but it is something to consider or frown at at this year’s event.