Just a couple of interesting stats for those of you who did not see these earlier in the year:

Thanks to the sports agency Lesportif who produced a combination list ranking best paying positions in the three major European club leagues this season:

Walesonline produced a list of the top earning professional rugby players which I converted to Rands using an exchange rate of R18.30 to the Pound Sterling. 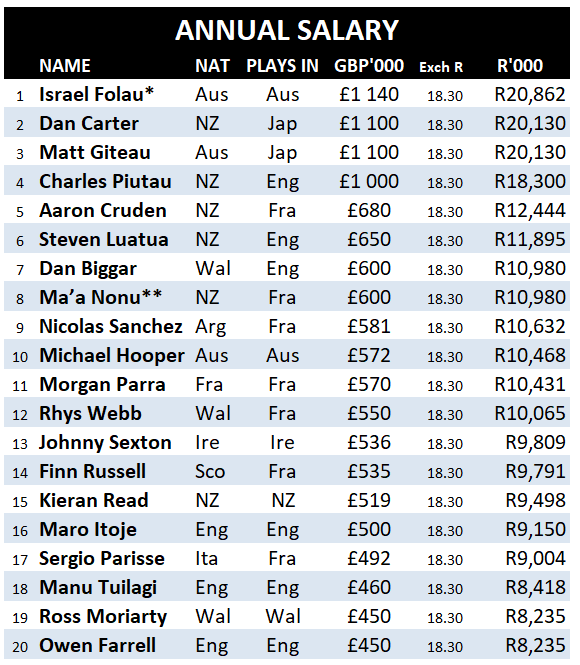