It’s a head coaching debut for Derek Heiberg as Glenwood the last of KZN’s big guns to kick off their regular season, jumps right into the deep end with a massive intercity derby against Maritzburg College.

This will be the first of two interschools meetings between the schools in 2018 and will take place on the famed Goldstones ground in Pietermaritzburg. With 28 games on, it is going to be a busy day with a big crowd expected to gather for the main game. The bonus is that compliments of Premier Interschools, the match will be broadcast on DSTV’s Supersport.

Glenwood enjoyed a fairly successful 2017 season, surprisingly powered by a young team. Now in 2018 when all are available, coach Heiberg will have the luxury of being able to call on three SA Schools players, four other Craven Week players and six Academy Week players. That’s thirteen players with under-18 provincial youth week experience not to mention the talent he also has that came up from under-16 level plus a couple of other non-provincials with 1st XV experience. It’s extraordinary! Little wonder Glenwood is being tipped to be one of the top teams in the nation this season.

But first they have to overcome College who are way overdue for a win against Glenwood now, having last beaten them in 2010.

College haven’t done too badly in terms of their own KZN provincial representation but their main concentration in four first year under-17 players who played at Grant Khomo Week in 2017. They have one Craven Week and one Academy Week player in their team as well.

The battle up front is expected to be mouth-watering one. College have the size and physicality to hold their own. Glenwood’s backline has red hot potential. They can strike off first phase ball and the style of play that’s been coached up at Glenwood over the years makes them a nightmare to deal with in unstructured broken play and off counter-attacks. College’s backline seemed to go quite well against St Charles a weekend ago and they will hope build on that. The measure of their success may be in terms of how well they defend.

Having the full match under the belt the week before might be significant. Glenwood who have six games in the next fourteen days, took last weekend off after an extensive preseason routine, which included a 20-minute workout against College at Kings Park. That little get together wasn’t the real deal though; this coming match will be. Glenwood are the favourites to win this match away from home.

One of the benefits Westville got out of last weekend’s match against Michaelhouse was a defensive workout and a half around the fringes of the breakdown. House had five able and willing ballcarriers and couple of them turned out to be very effective at crossing the advantage line. It might not have seemed like good news at the time to the home faithful but with this week’s rivals being Northwood, a more experienced Westville can expect more of the same physicality and big collisions from a few sizeable pack players. Not that the Griffons did badly in the end in their last game but chances are they will be a lot better organised and skilled to deal with that kind of threat this time around. Prospects of an improved ground game to pilfer and slow opposition ball are also not unreasonable. On attack Ville will aim for better platforms and also much better cohesion amongst their backs who didn’t get their passing game to work as well as it can.

The really exciting news coming out of Northwood is also fantastic news for their rugby programme. Paul Viljoen, who had served as deputy head and coached rugby there, has been named as the new headmaster. He’s a rugby man! Far below is the official announcement letter.

It wasn’t too long ago that Northwood head coach Torsten Sorensen was the Westville assistant coach. He returns to Bowdens’ with the youngest team of all KZN’s top tier schools this year. So the goals set for this year have to factor in a big learning curve. As much as last week’s result was viewed as a surprise in the context of where Northwood generally places in the province, they had reason to feel disappointed with that one-point defeat to Kearsney. They were good at the start of the match and finished strongly, dominating both of those periods. However they went MIA during the middle part to the tune of 23-0. So perhaps staying focussed and not allowing the bigness of the occasion get to them etc with the view to delivering a more consistent 70-minute effort is where some of the training focus lay.

As mentioned their forwards have muscle. Over the years Northwood has become good at ball retention and setpieces. Their backline play has been the Achilles. This year they look like they may turn a corner. The backline looks like a positive work in progress with ballplayers and tactics capable of breaching defensive walls being developed. Westville has a bigger pack than Kearsney so the home team should pose more problems in that department. Amongst the backs, the hosts possibly won’t pose the same x-factor like threats as the Botha’s Hill team, apart from at fullback. Westville are well aware that they need better output in this aspect of their play though.

Expect Northwood to produce more positive talking points after the match but Westville should come out on top here.

A couple of titbits. Summer sport is still having it’s say during rugby season: Westville hooker Teague Loelly misses this match due to an SA water polo tour. Northwood Tyren Kroos has gone home to represent the Dutch u18 rugby team.

This match is happening but it’s kind of like a non-event now. Clifton approached DHS and had it changed to a no scoring kept chukka game. The given motive was to avoid injuries ahead of the Easter festivals.

The Clifton 1st XV don’t really have a depth issue this year but they are going to have it tough at St Stithians’ fest. Graeme College has a good team this year, while St Andrew’s are decent again and playing the hosts in front of a big noisy crowd and with a Jozi ref will be an experience.

DHS have concerns about their depth this year so perhaps this non-competitive practice match will work out to their benefit in the longer run. They have quite a busy month or so coming up, which is bound to test their reserve strength. Their return to the Kearsney Easter Fest will see them having the unique opportunity to record a Border powerhouse grand-slam thanks to games against well-known schools Selborne, Queen’s and Dale. Later in April they head to the Grey High School Festival. 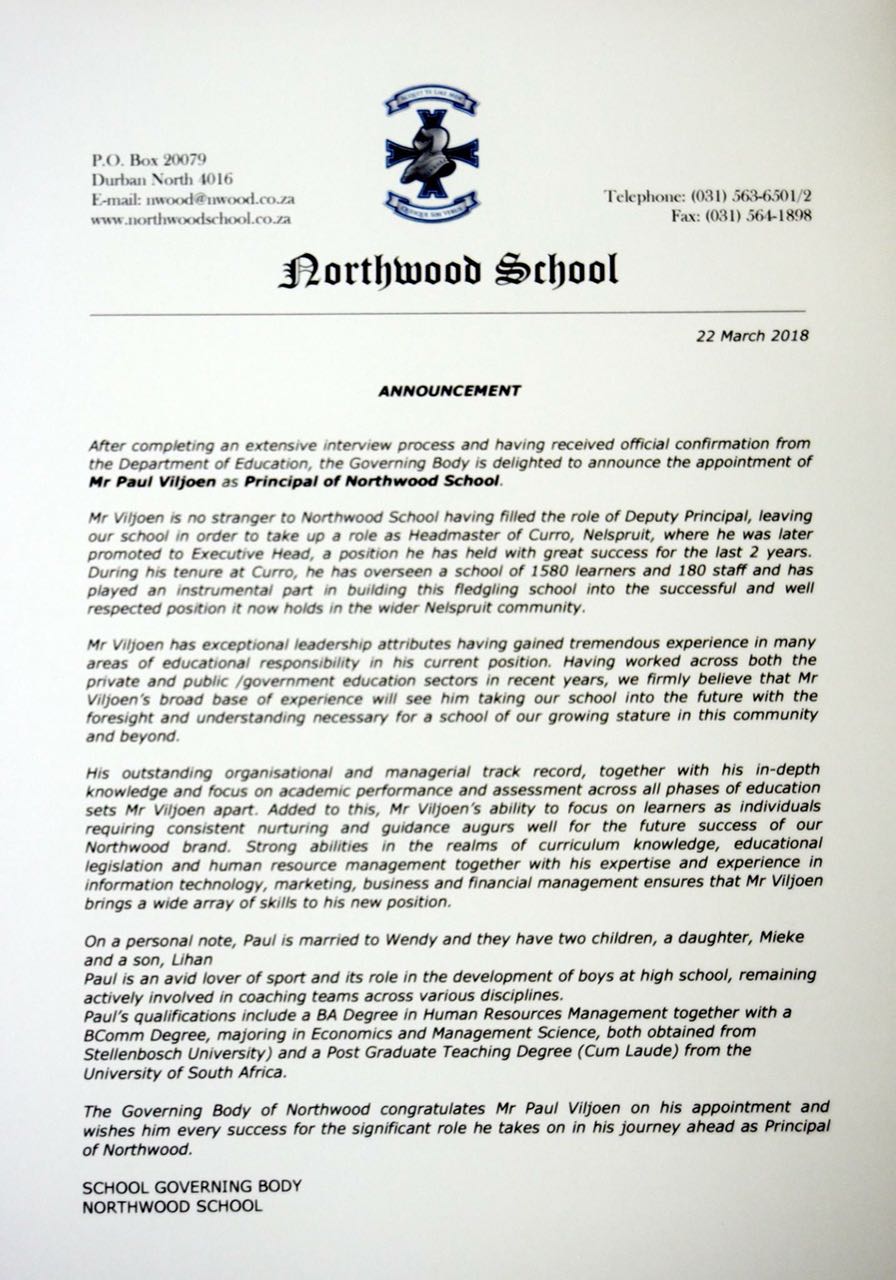