There are lots of changes coming up for Westville in 2016.

The big news story is bound to the appointment of a brand new head coach with rumours doing the rounds that it will be an external appointment and not a teacher.

As far as their fixtures are concerned, Ville’s 1st XV is heading back to Vories Night Series for a shortened preseason, leaving behind the fairly tough 6 game schedule of the Porties Night Series after making their debut there this year.

Westville joins the likes of Affies and Grey College, who have opted out of the next year’s Kearsney Easter Festival. By attending the St Stithians Sports Festival in Johannesburg instead, it means that both Westville’s rugby and hockey teams can participate at one host school.

The annual KES inter-schools has been cancelled for 2016 on KES’s request. KES has a congested season and are battling to fit all their local fixtures as a result of the early closure of Term 1, the three term Johannesburg private school holidays, the fact that they are traveling to Cape Town with a number of teams to celebrate Wynberg’s 150th and the added financial burden this brings. KES therefore will not travel out of province in 2016 but will continue to host Maritzburg College at home. 2017’s inter-schools will be reviewed at the appropriate time. 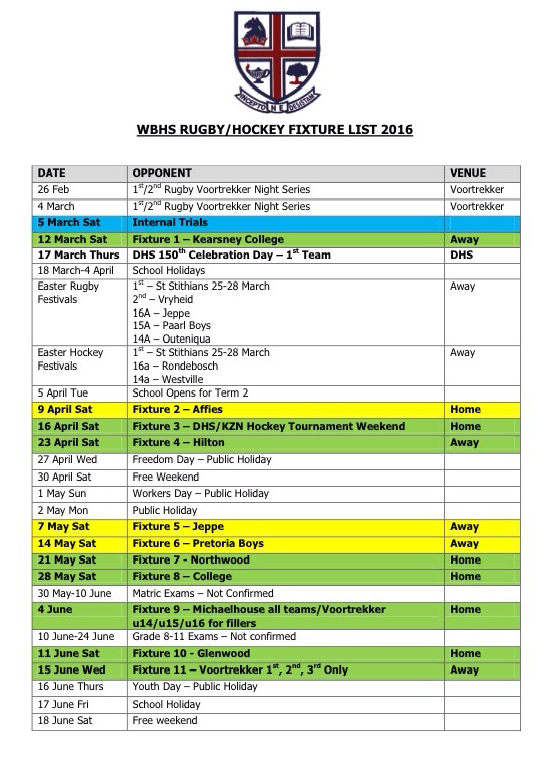