The National First XV Championship is ultimately broken down via the Top 4, which is made up of the winners of the four regions: Blues, Chiefs, Hurricanes and South Island.

Each region operates its own different qualification system.

Blues:
The Northland and North Harbour champions meet, with the winner of that match facing the Auckland champion.

Chiefs:
Each regional province determines their own winner, followed by a knockout bracket.

Hurricanes:
The winner and runner-up of the Wellington Premiership and the top-two region schools that play in the Super 8 competition play in a seeded knockout. A ‘challenger’ place is available to any region school that does not play in either competition, with that match taking place prior to the seeded matches.

These four teams then have two semi finals with the winners advancing to the National 1st XV Final. The semifinal matchups change each year; for example, the Blues winner plays the Hurricanes winner one year, the Chiefs winner the next, and finally the South Island winner in rotation.

Some titles have been shared. There have been calls for overtime to be included to determine an outright winner, but this is currently not allowed for under World Rugby’s Under-19 variations. In the event of a drawn semi-final, the team that advances is determined by a hierarchy of factors starting with which team scored the most tries in the match. 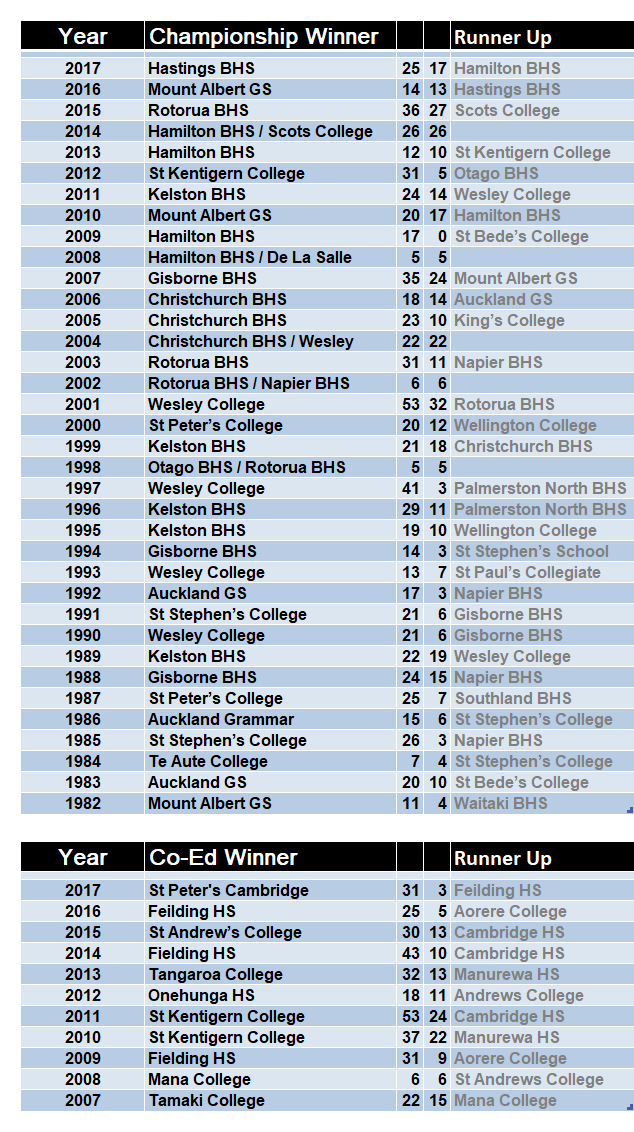