Boland Landbou have continued with full 70-minute matches for the main games at their annual early season festival, while all the other matches will be 20-minute per half preseason warmup hit outs for a good number of local WP and Boland region schools.

Head coach and old boy Divan Batt will see his Stellenberg side, possibly the most experienced in the Top 40 this year coming up against the Worcester Donkeys, HTS Drostdy, who will have seasoned Hans Coetzee heading up rugby operations for the first time.

In the main game, another old boy head coach in the form of relative newcomer to the position, Philip Molnar will direct Boland Landbou in what is expected to be a really tough encounter against the Outeniqua Kwaggas who are expected to have another meaty pack and a bit of flash amongst the backs. The school from George is coached by yet another old boy in the form of Abrie Minnie and amongst his assistants is SWD Craven Week head coach Jaco Jansen van Rensburg. The Kwaggas have an eye on their 100th birthday in 2023, so with their bench, they have no fewer than 11 players who will return next year (5-6 starting vs reserves split). 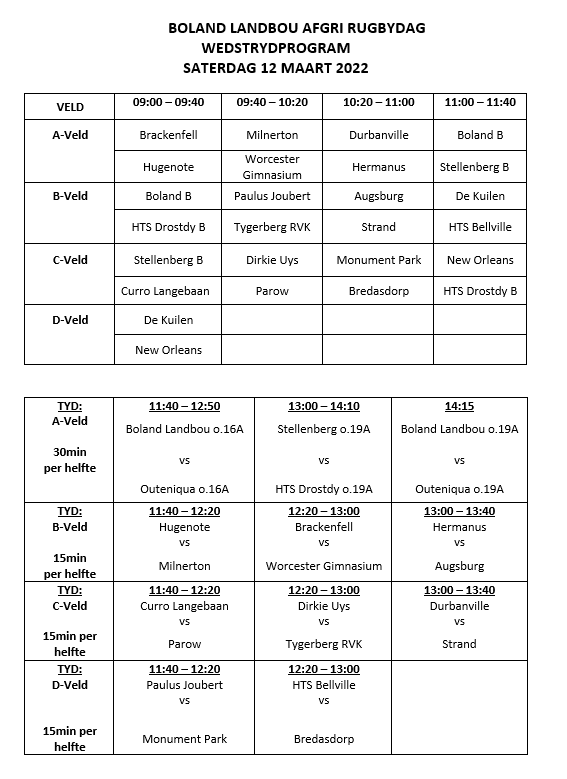 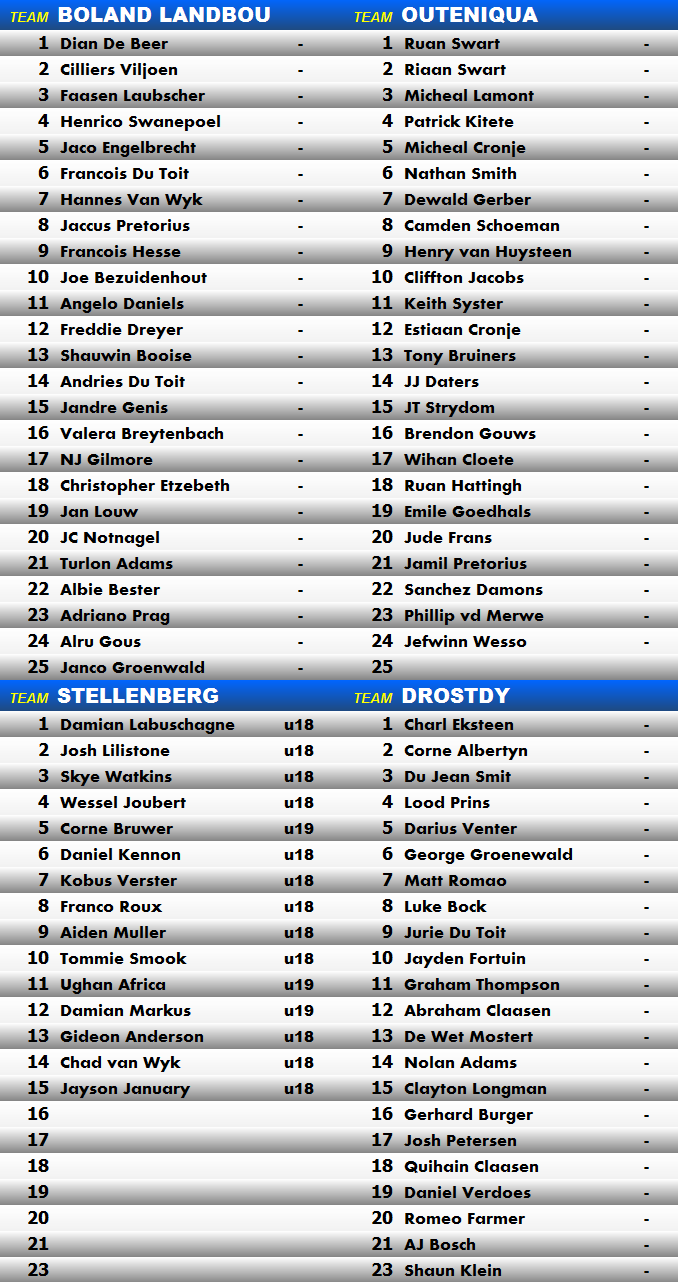