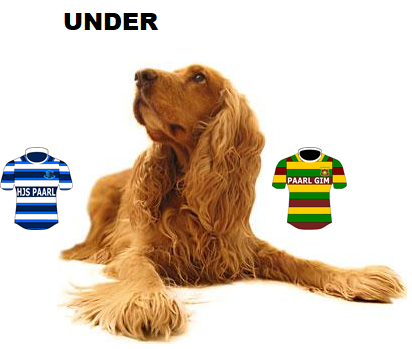 If there is one thing I’ve learned about the hugely popular Paarl Interskole derby over the years, it’s that there is no such thing as a favourite team coming in and no matter how good a season either has experienced or what the formbook suggests, neither the Paarl Boys’ High Galpille or the Paarl Gymnasium Bloedwors want to carry that burden of the “favourites to win” tag into the big day simply because experience has made them rich.

Since 2009 the average points difference per match has been less than 5 – in other words it’s usually less than a try that separates the winner from the loser.

Even if you haven’t watch one of these pulsating derbies, that point difference stat just about tells the story of how it generally goes down. Don’t expect overly attractive rugby because the field is normally not in the best nick at this time of year and don’t be brave enough to write off the team behind on the scoreboard at any point but do look out for those handful of memory making key moments, be they of sheer BMT brilliance or unforced mistakes that often serve as the sudden death match deciders in a tight contest.