One of the things that alarmed me about Craven Week 2017 was the high number of missed tackles and the lack of commitment towards the tackle especially by players away from the breakdown. There were tries galore as the 20 teams involved combined to register more than a point per minute per game over the 5-match days. They ended up averaging over 10 tries / 72 points per game. I was convinced that this Craven Week 2017 had set a new record for worst defence display ever (or glass half full best attacking rugby ever), so I examined the basic stats from 2007-2017 and published them below the 2017 table. 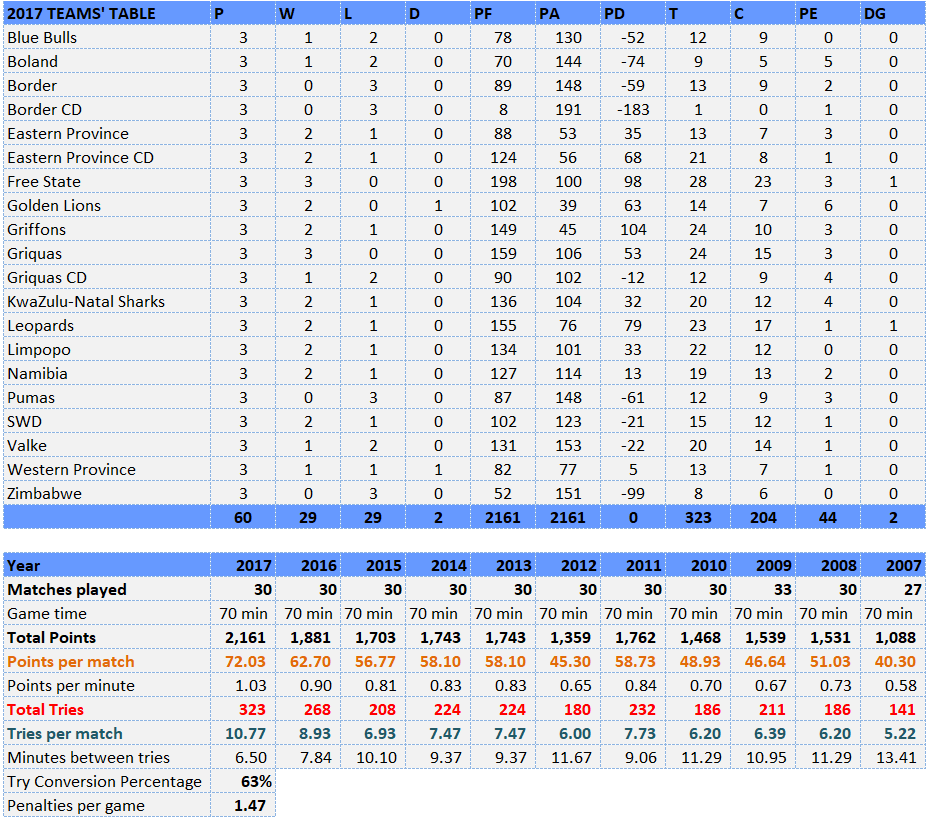