Predicted Tuks playoffs below (unofficial)
Click on image to enlarge

Menlopark is the new addition to the Tuks Reeks 2016, the huge Noordvaal co-ed high school sports tournament made possible with the help of the University of Pretoria.

Ermelo and Vereeniging Gim appear to be out. 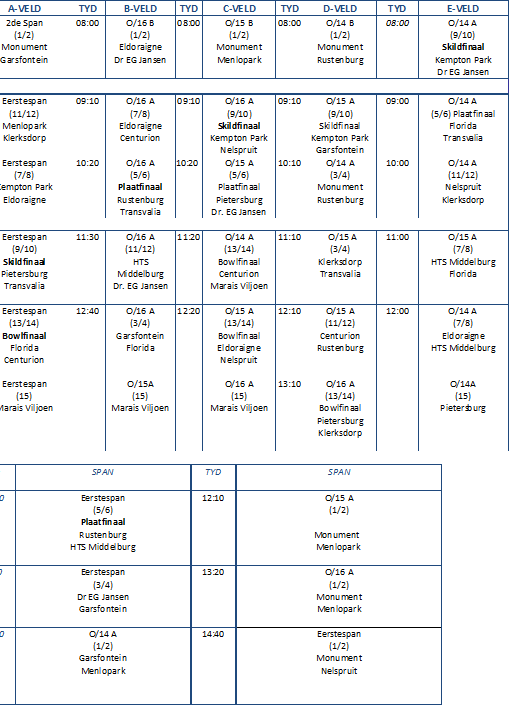