Grey College will not be attending the Kearsney Easter Rugby Festival for a seventh consecutive year in 2016. Nor will they be at any other Easter Festival next year. This is a school decision.

Two factors have contributed to this decision.

Firstly Easter Sunday, around which the school holidays and the rugby festivals are planned falls on 27 March 2016, which is very early.*

Secondly Grey will not compromise their summer sport programme for the sake of rugby. Many top rugby players at Grey play summer sports, which are only scheduled to end on the last weekend of the first term. As a result many of the 1st XV players will only become available for rugby practices during those last few school days before the holidays begin on Saturday, 19 March. There would have been a limited amount of time and match practice opportunity to adequately prepare for their typically demanding three matches over Easter.

Even without Easter Festival rugby, Grey will still have one of the most challenging fixture lists in the country.

Although plans are yet to be finalised, consideration is being given to a type of pre-season tour of the Eastern Cape in 2016. Grey has even expressed an interest in playing at the Graeme Rugby Day again.

*FYUI (for your useless information):
The earliest Easter ever recorded in the Gregorian calendar from 1753 onwards was on March 22, both in 1761 and 1818.

The Easter date is set around the time of the vernal, or spring, equinox, when the length of day and night is nearly equal in every part of the world. 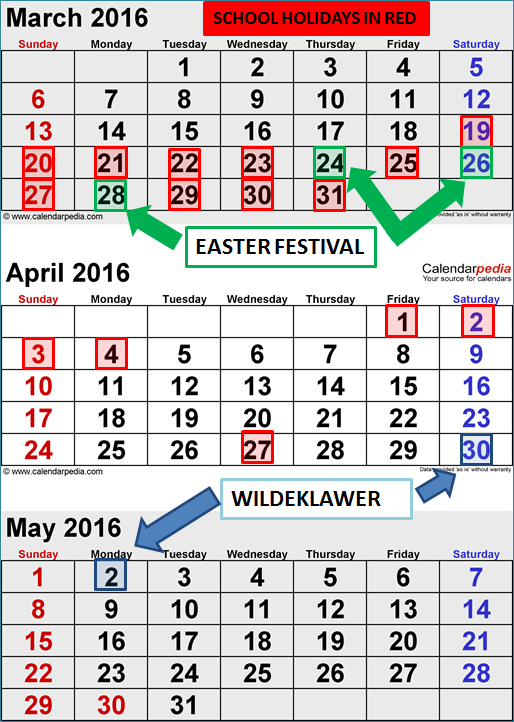