Paarl Gymnasium has received a preseason tip for the top.

The last time they ended a season ranked number one in South Africa was back in 2013 with a star-studded undefeated fab team that contained the likes of Jacques Vermuelen, JD Schickerling, Ryan Oosthuizen and Rikus Bothma.

Before that went unbeaten in a campaign in 2008 when current assistant coach Helmut Lehmann was captain and Louis Schreuder was at halfback.

So although the Gimmies have been very consistent near the very top of the charts, the summit has proven to be elusive in recent times.

The Gim schedule is arguable the toughest fixture list of any school in South Africa this season.

Once again their fixture list is best described as a very heavy-duty one. They literally have to get past everybody who is anyone on the list of top five hopefuls excluding Bishops, who they only meet in a short version warm-up at Newlands on 7 March.

Just for fun I picked my Paarl Gim Team of the Decade 2010-2019, with a little bit of outside help with the decision at prop. I had to leave a few really good players out – Kobus van Wyk, Henco Martins, Johan Visser and Pierich Siebert are a few that came to mind. It will be interesting to see if any of the many quality players in the Class of 2020 are leave the same sort of lasting impression as the players in this line-up. 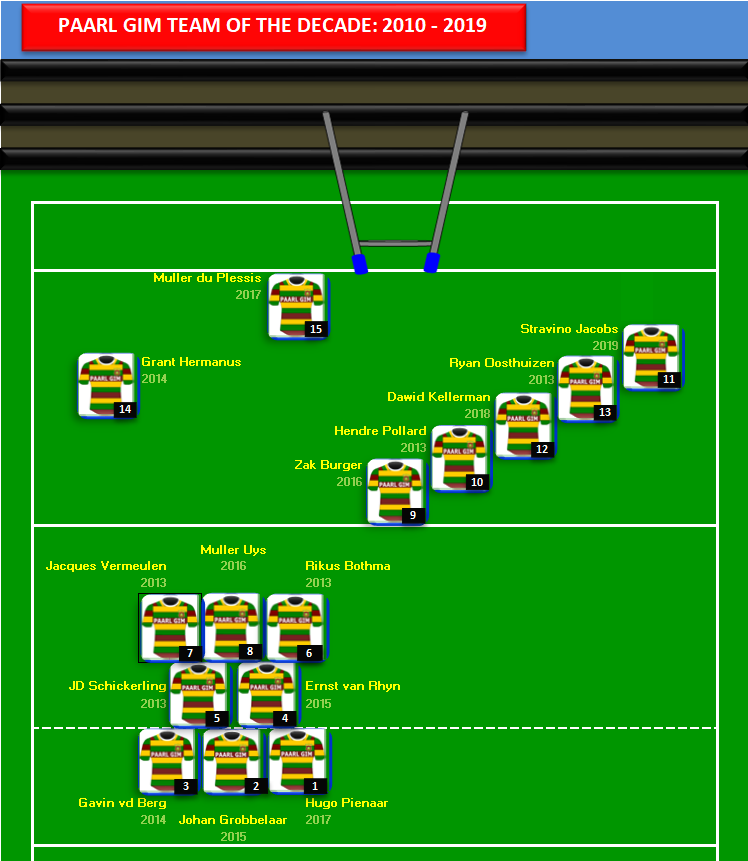