The Golden Lions u18A team are the favourites to beat the Bulls in a warm-up match on Tuesday 28 May 2019 at HS Monument. It’s early days but if they post the right sort of result in that clash, the buzz around the team is almost certain to gain traction. During the last two Craven Week’s, the Lions were easily the best performing team against usual pace-setters Western Province. Both the 2017 and 2018 games were high intensity affairs, where spectators got to see defences having a big say – something that’s becoming more and more uncommon at the leaky D one point per minute national under-18 tournament. To have any chance of seeing more of the same Lions / WP in 2019, the Lions have to make it to the Craven Week final.  The odds are not likely to change this year as far as rating Province is concerned. Their Craven Week team is still a W-I-P but whoever they settle on, that combination looks virtually set to put out the team to beat. They are on the other side of the draw to the Lions and once again conveniently have the extra day’s rest due to playing games on Monday and Wednesday (Lions play on Tuesday and Thursday). As for the Lions, they won’t have it easy at the youth week to be held in Bloemfontein. In order to progress they have to overcome a good Western Province B first up. If they can negotiate that high hurdle, then either a rematch against the Bulls or a Thursday semi-final versus the normally undercooked coming into Craven Week Border team, who would have got to that match-up via an upset of sorts over the Pretorians on Tuesday.

The Lions under-18 backline are starting to gel and they look like they could be the bees knees! 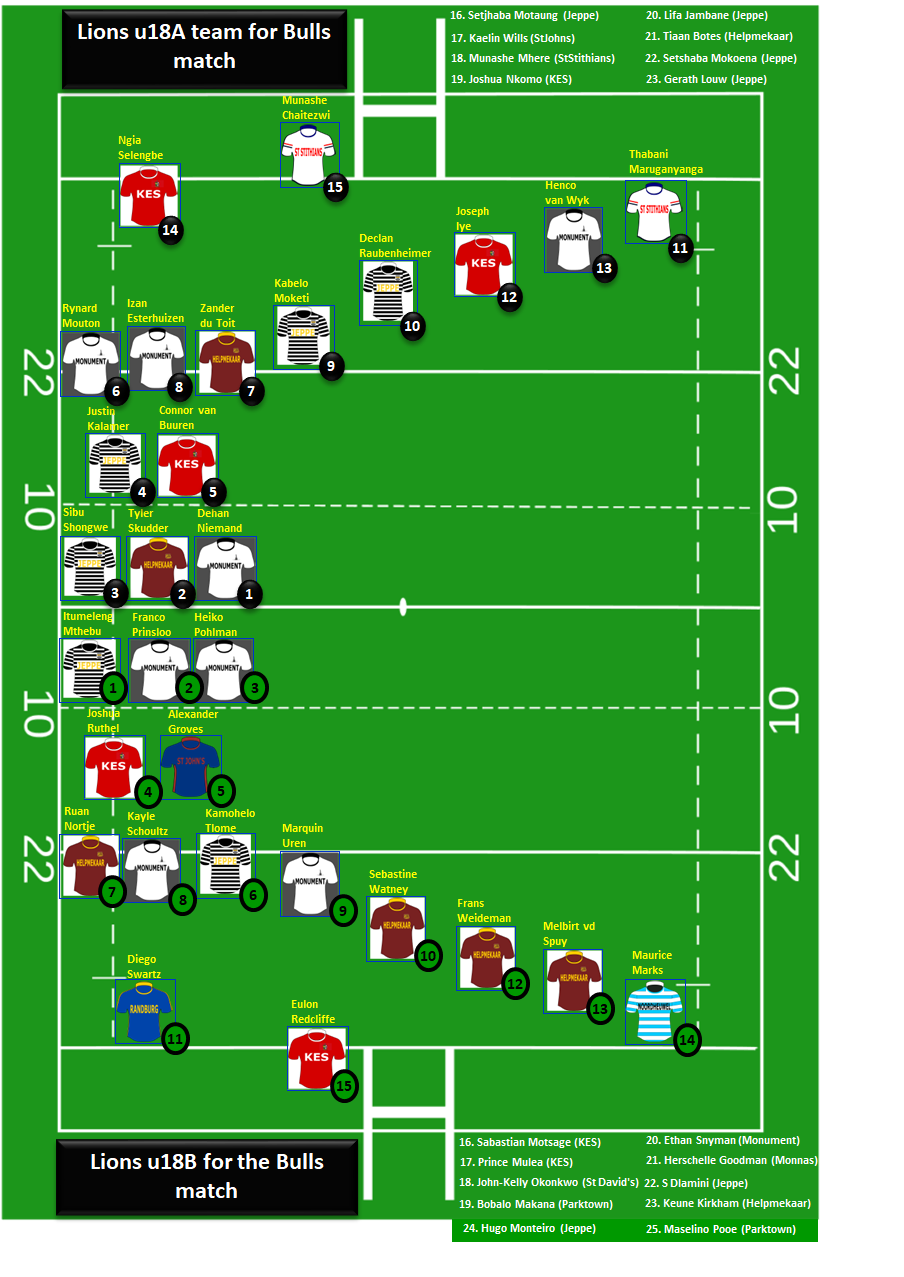