The Grant Khomo Week 2022 ends with with Western Province winning the main game!

Jokes! But as usual WP will be the favourites.

Grant Khomo Week, the national provincial week for under-16 players will to be played at Hoërskool Diamantveld in Kimberley from Monday 27 – 30 June 2022. The match days are Monday, Tuesday and Thursday. It is normally a fantastic event and a tribute to the talent South Africa has.

The week is also schoolboy rugby’s equivalent of Black Friday. Top end schools have moved so swiftly in the direction of purchasing talent at this under-16 age group level and higher, that this year’s GK tournament will more than likely set a new record for the number of transfer deals done.

The increased competition for signatures is bound to challenge the composure and etiquette of several school officials who derive part of their income directly from rugby success. The anticipated bidding war might also drive the prices up to record levels as the pressure to close deals mounts.

What’s the going rate? It will probably something close to full tuition, full boarding, all other school and sports related costs covered (uniforms, gear, meals, tour costs, you name it), not to mention regular return travel costs for family to visit/attend matches. Also of growing importance is the amount of dosh that can be put into the bank account of the parent/guardian and/or student on a monthly basis. In some cases, throwing in a tertiary education benefit helps although brokers tend to get more mileage out of sales pitches that offers some sort of (often unrealistic) pro rugby union association or hinted  union contractual path after matric, as bait.

The bottom-line is schools with tighter budgets, who nurtured the sort after rugby boys, but cannot counter offer the “going rate”,  are better off not sending their kids to GK Week. The best alternative is to afford a 24-hour chaperone/guarding service to protect these stars from contact with poachers. However with over two weeks of July holidays to follow GK, it will be extremely difficult to stop the approaches of the more determined/desperate recruiters. 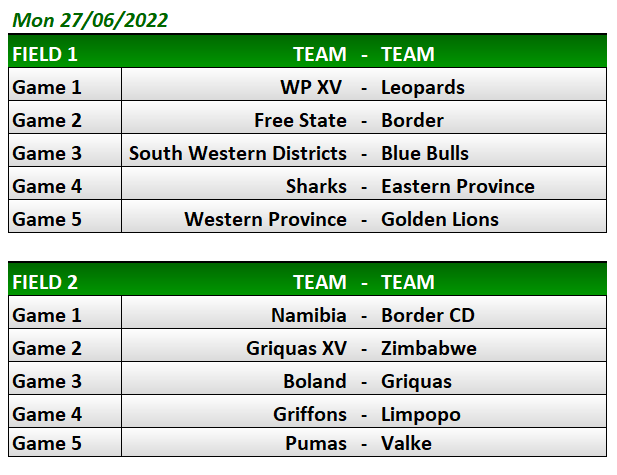